Observatory on human rights in Algeria

OBSERVATORY ON HUMAN RIGHTS IN ALGERIA

The human rights organisation Algeria-Watch, collaborating with the former prisoner of conscience Dr Salah-Eddine Sidhoum, announces the creation of an Observatory on Human Rights in Algeria (ODHA). Its purpose is to document and publicise violations of human rights committed since the coup d’etat of January 1992.

Today, a dozen years after the declaration of a State of Emergency and the introduction of special legislation which still remains in force, those responsible for the “death machine” and gross violations of human rights are still terrorising the population. Despite their fears, many victims of crimes committed by different arms of the state’s repressive apparatus or by armed groups are defying potential reprisals and speaking out.

The Algerian authorities now pretend that serenity and concord reign. Yet defenders of human rights who denounce crimes are still being persecuted and harassed by the police and the judiciary.

The decision-makers in Algeria are past masters in the simulation of democracy. The convergence of interests in the “international war on terror” provides them with perfect cover, ensuring the backing of western powers while grave violations are still being committed on the ground.

Justice, administration and the media are subject to structures of repression which have become ever more sophisticated. The real Algerian opposition consists of the defenders of human rights, who are persecuted, manipulated and instrumentalised such that no space remains for independent action.

“Terrorism” has been defeated, officially. This is a time of “reconciliation”, officially. But who is to be reconciled with whom? And to whose advantage? Certainly not that of the vast majority of the Algerian population. Recent events demonstrate this. The President and dominant politicians have no intention of revealing the truth about the massacres of civilians committed in the “Years of Blood”. They are still refusing to divulge why tens of thousands of men, women and children had to die – a total of at least 200,000 deaths, plus around 20,000 “disappeared”. Those responsible for institutionalising torture remain unidentified. Nothing has been done to promote the independence of a judiciary which is utterly subject to administrative power – a precondition for bringing perpetrators on all sides to justice.

Instead, the decision-makers are preparing for a “general amnesty” which will whitewash all the crimes against humanity committed these last dozen years, and especially those committed by the security forces.

Dissimulation, falsification, mendacity, denial and forgetting are the order of the day. Yet true reconciliation can only be achieved through negotiation between authentic representatives of the whole of Algerian society, and those in power. Reconciliation must mean the abolition of the state structures which permitted such a drift into terror, first and foremost the abolition of the state police, the still all-powerful DRS. Instead, we witness the elaboration of a single official “truth”, which attributes all the violence of the “decade of terrorism” to the armed Islamist groups, and ignores the suffering of the victims of violence.

We have a duty to remember and to restore dignity to the victims. It is essential to let them be heard. We must therefore make public the testimonies we are collecting and the letters sent to us by victims and their relatives. We aim to contribute to the archives of terror which will one day enable justice to be done, and so enable Algeria to find the path to democracy at last.

The creation of this Observatory is a modest effort to establish a space for testimonies and exchanges of information concerning what many Algerians have lived through. We are part of the permanent struggle for truth and justice and against impunity.

We appeal to victims, their relatives, witnesses, legal representatives and all defenders of human rights: please contact us to help uncover the truth about violations of human rights in Algeria.

—————————-
Translated by Tom Cheesman from
http://www.algeria-watch.org/fr/mrv/observatoire/obs_presentation.htm 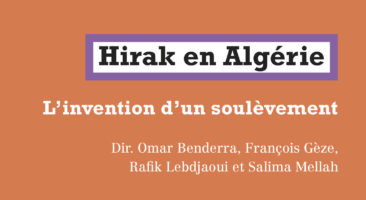